Pat Palermo
Pat Palermo
GRAND TOUR LOW COST (2011)was a project undertaken in collaboration with Spazio Morris, an exhibition space located in a single-family apartment in Milan. Artists invited to Spazio Morris select a room in which they are free to exhibit anything they desire, with one caveat: they are not permitted to remove or alter any of furniture or decorations that remain from the family that once occupied the apartment. I chose to exhibit in the bedroom that had been occupied by the daughter of the family, which was covered in posters, magazine clippings, and even a homemade mural depicting a tropical beach. It appeared from the posters and magazine clippings that the daughter had been in her teens when the family abandoned the space sometime in the '90's, which would make her very close to my own age. Working from Brooklyn, I used photographs supplied by Spazio Morris to try to establish the scale of the wall decorations, and then painted a series of 50 postcards attempting to depict portions of the room at 1/1 scale. Once I arrived in Milan to install the show I hung (most of) the cards at the points in the room to which they corresponded.

Included in this gallery are scans of 40 of the series of 50 Grand Tour Low Cost postcards. 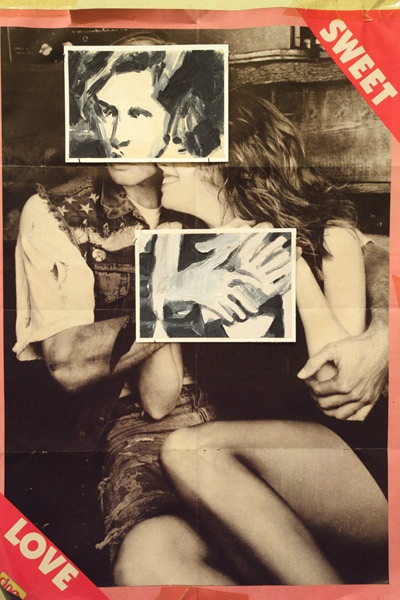